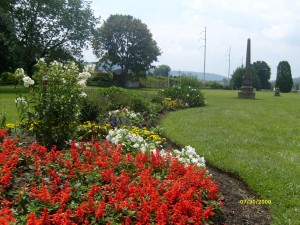 Anchored by a combined greenhouse and conservatory, indoor and outdoor classroom areas and an open-air performance venue, the Garden celebrates the passion and foresight of those who were once buried here – young heroes of the American Revolution and the Civil War, abolitionists who led freedom seekers through the Underground Railroad, determined pioneers who settled 19th century Johnstown, founding fathers and first families and the generations of immigrants who followed to fuel the nation’s industrial revolution.

Today, this passion and foresight lives on through The Sandyvale Cemetery Association, a new generation of citizens who are overseeing the revitalization of this once forgotten cemetery into a welcoming urb 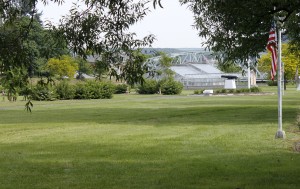 an green space invigorating the distressed neighborhood which has been home to Sandyvale for centuries, transforming this last piece of city green space into a self-sustaining community asset with a lasting cultural, social and economic legacy truly befitting of the men and women who built one of Pennsylvania’s most historic cities.